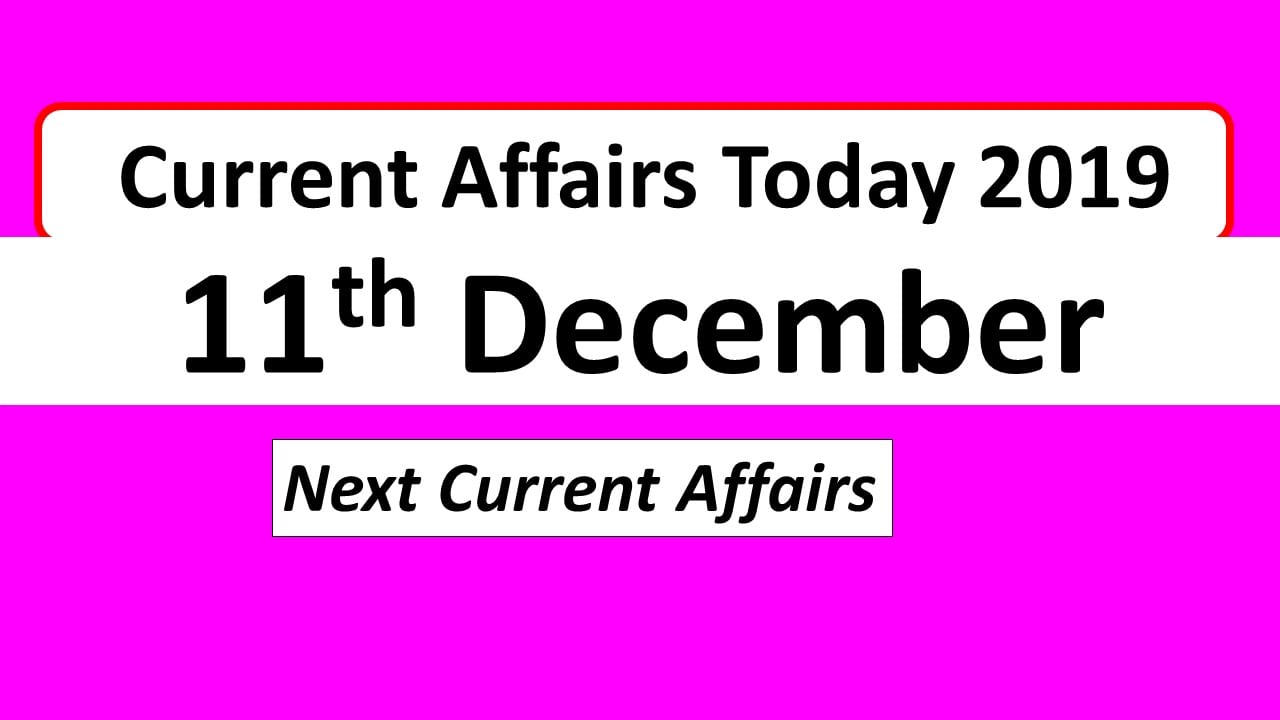 21 fast track courts would be dedicated to cases of rape and sexual harassment of women.

International Mountain Day is celebrated on 11 December every year globally to raise awareness about the importance of mountains in our lives and to our planet.

Praggnanandhaa from India has won the FIDE Open category of the London Chess Classic held in London.

India concluded the South Asian Games with their highest medal tally in the history of the tournament.

Suniel Shetty appointed as the brand ambassador for NADA

Bollywood actor Suniel Shetty was appointed as the brand ambassador of the National Anti-Doping Agency (NADA) and the country’s anti-doping body is hoping that his celebrity status helps its efforts to clean up sports in the country from the menace.

Jaffer is 41-year-old from Maharashtra, who has been an important part of the title-winning Vidarbha team in the last two years, achieved the rare distinction during their Group A opener against Andhra Pradesh.

He has represented India in 31 Tests and 2 ODIs.

Four people won the Right Livelihood Award for the year 2019

Greta Thunberg for her fight against climate change.

Davi Kopenawa Yanomami for her commitment and efforts to protect the indigenous rights and land.

Guo Juanmei for her work women’s rights in China for 25 years.

Aminatou Haidar’s efforts for the independence of Western Sahara.

ICSSR chairman B B Kumar passes away

Braj Bihari Kumar was appointed as the chairman of the ICSSR in May 2017.

Indian Council of Social Science Research was established in the year of 1969 by the Government of India to promote research in social sciences in the country.

Sugandh Rajaram has been appointed as the next High Commissioner of India to the Republic of Ghana.

He will replace Birender Singh Yadav as the next High Commissioner of India to the Republic of Ghana.

Himachal Pradesh (HP) state Cabinet chaired by its Chief Minister Jai Ram Thakur, has approved to sign the memorandum of understanding (MoU) to sell the water of River Yamuna from states’s share at Tajewala corridor on payment basis.

The state government would earn Rs 21 crore per annum from this decision.

If you enjoy reading our Current Affairs Today 11th December 2019. please share your feedback below.