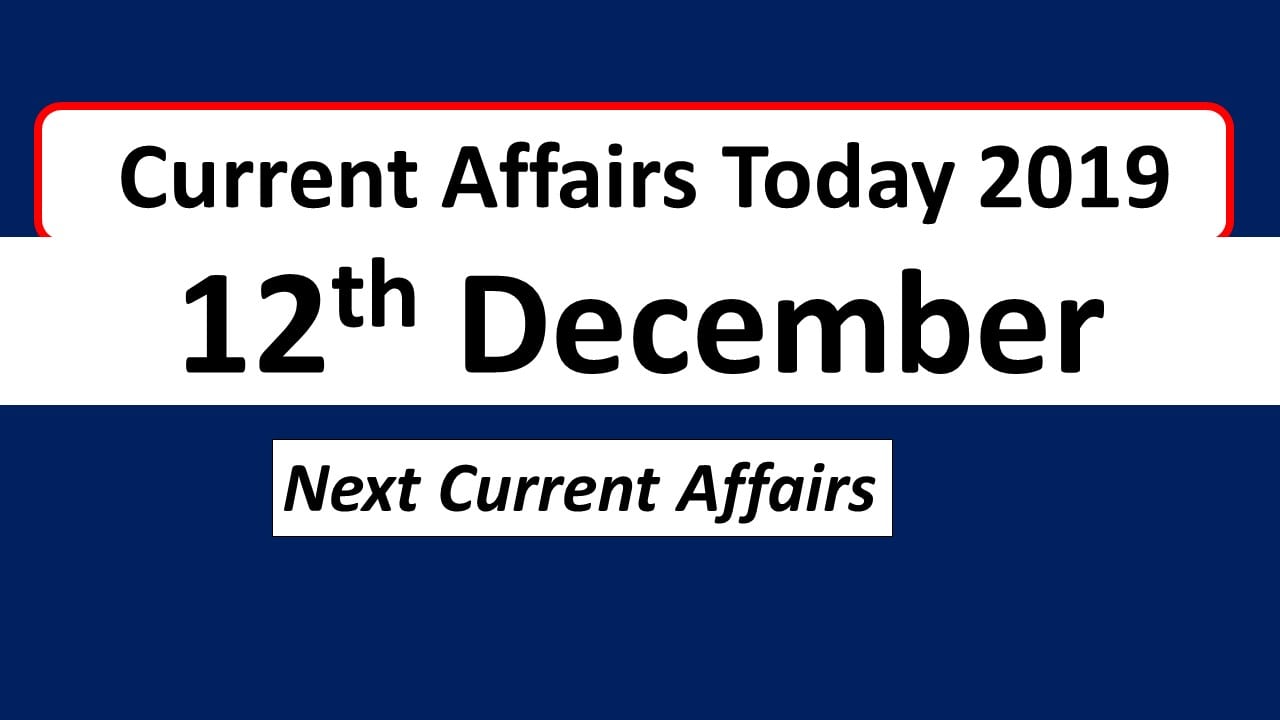 The First Pashu Kisan credit cards in India were distributed to 101 animal farmers in Bhiwani in Haryana.

The world’s first fully electric commercial aircraft took its inaugural test flight, taking off from the Canadian city of Vancouver.

The Company said the technology would mean significant cost savings for airlines not to mention zero emissions. It hopes to be using the electric-powered planes to carry passengers by 2022.

RISAT-2BR1 is a radar imaging earth observation satellite weighing about 628 kg. The satellite will provide services in the field of Agriculture, Forestry and Disaster Management. The mission life of RISAT-2BR1 is 5 years.

The nine customer satellites of Israel, Italy, Japan and USA were precisely injected into their designated orbits. These satellites were launched under a commercial arrangement with NewSpace India Limited (NSIL).

17th edition of BioAsia 2020 to be held in Hyderabad, Telangana

Switzerland will be the country partner for 17th edition of BioAsia 2020, to be held from 17th-19th Feb 2020 in Hyderabad, Telangana.

Jayesh Ranjan, Principal Secretary of the Industries & Commerce and Information Technology, Government of Telangana said that Telangana is committed to promoting innovation and entrepreneurship, and the focus of BioAsia has been centered around innovation over the years.

Telangana and Switzerland have inherent strengths in life sciences and bringing them together will drive significant developments in the life sciences industry globally.

Greta Thunberg, 16 year’s old Swedish climate activist was named TIME’s Person of the Year for 2019, she is the youngest person to be honoured with the title in the 92-year history of TIME magazine.

Rani played a crucial role in India’s qualification for the 2020 Tokyo Olympics, scoring the winning goal in the two-legged qualifier against the US in November.

Saurabh, on the other hand, is touted as India’s biggest hope for a medal in shooting in Tokyo. He won gold at the 2018 Asian Games and has since won several individual and team honours at shooting World Cups.

Sunil Chhetri named as the brand ambassador of PUMA

ASI identified 138 monuments as ‘Must See Monuments’ in India

There are 38 World Heritage Sites in India, out of which 22 Cultural Sites including monuments or buildings and caves are under protection of Archaeological Survey of India.

December 12 is celebrated as the International Universal Health Coverage Day

If you enjoy reading our Current Affairs Today 12th December 2019. please share your feedback below.