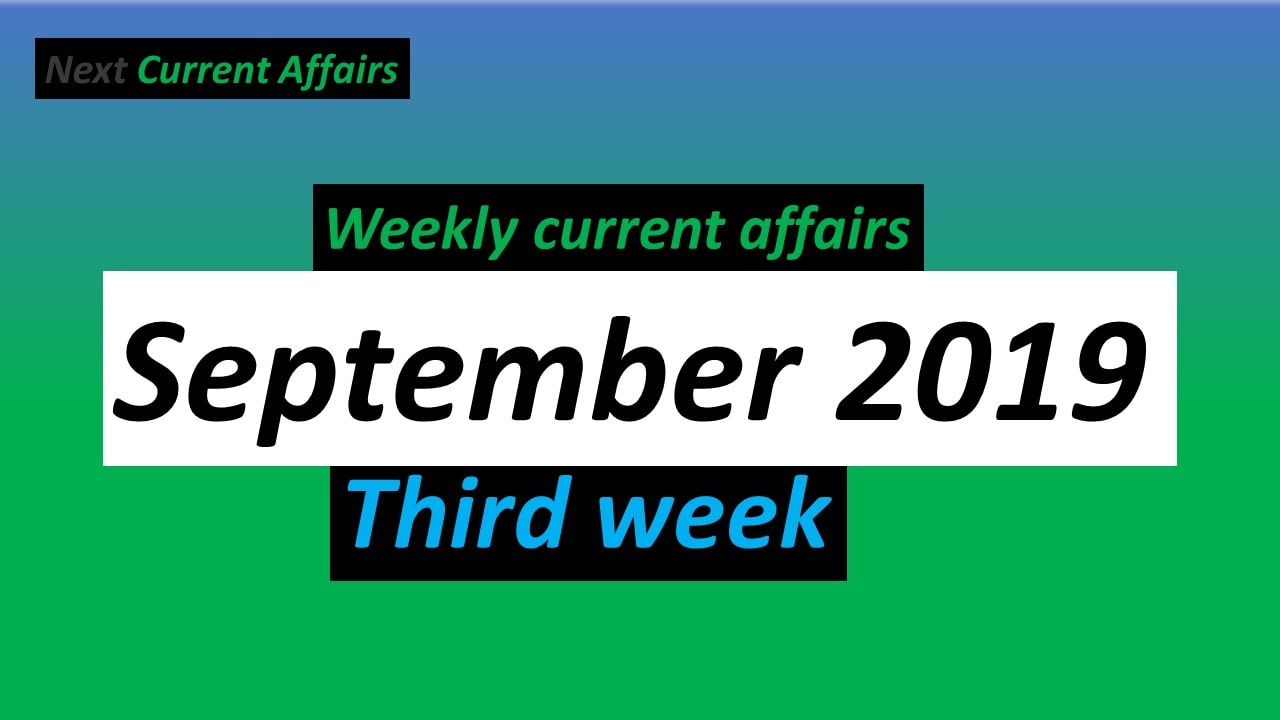 Govt will set up 12,500 Ayush Health and Wellness Centres.

A book titled “The Daughter from a Wishing Tree” written by Sudha Murthy.

Saint Vincent and the Grenadines has become the 79th country to join International Solar Alliance (ISA).

International Day for the Preservation of the Ozone Layer: 16 September

Gangs of Wasseypur has become the only Indian film listed in ‘The Guardian’ list of 100 Best Films of the 21st century.

Union Health and Family Welfare Minister Harsh Vardhan said 1.5 lakh health centres to be set up under Ayushman Bharat by 2022.

US President Donald Trump has appointed Robert O’Brien as the new national security adviser of State.

Google has partnered with BSNL to bring public WIFI to villages.

India’s first central police university to come up in Greater Noida, UP

Department of Telecom approved multiple projects worth over 8,500 crores for setting up mobile towers and laying of optical fibre.

India and Mongolia signed MoUs on space cooperation and disaster management during the visit of the Mongolian President in India.

A new book titled “Being Gandhi” written by Paro Anand.

Super 30 founder and Mathematician Anand Kumar has been awarded with Education Excellence Award 2019.